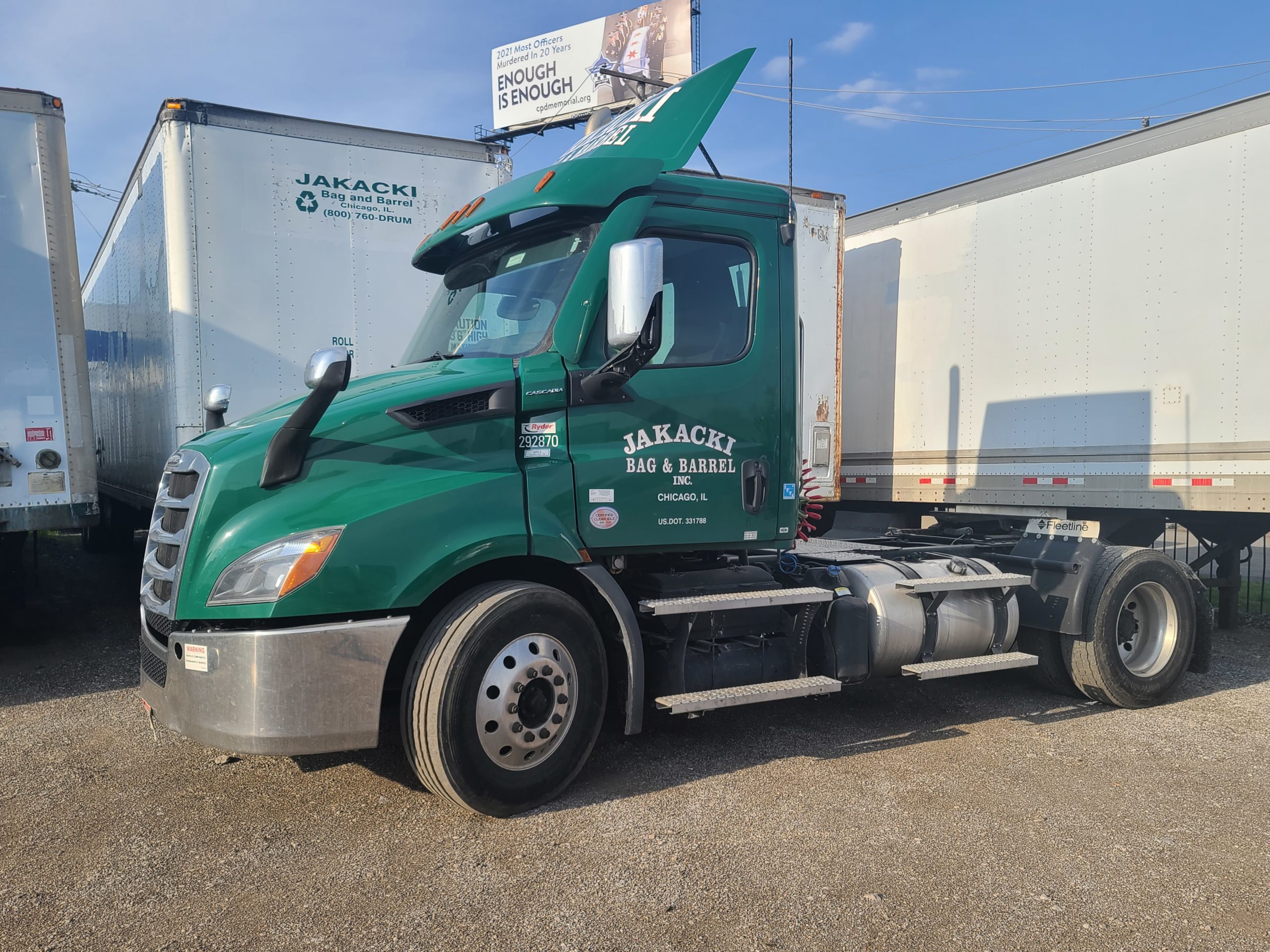 Jakacki Bag & Barrel, Inc., located in Chicago, Illinois, is a leading reconditioner of fiber, steel and plastic drums. Barrels, or drums, are one of the oldest types of containers. They were originally made by a cooper out of wood. These containers held food, liquor, wine, water, parts and various other materials. The barrel of today looks a lot different than years ago and is now made out of fiber, plastic, and steel.

Founded by Frank J. Jakacki in 1942, Jakacki Bag & Barrel is a third-generation owned and operated business focused on the reconditioning of drums.

When Frank J. Jakacki first started the family business, barrels were not the only product serviced by the company. Burlap bags were a prominent product and reflected in the company’s name. However, as burlap bag usage declined considerably after World War II, the bag portion of the business was discontinued. As burlap bags were critical to the company’s initial success, the Jakacki family chose to honor their importance in their success by keeping them in the business name. Frank J. Jakacki’s sons, Paul and Dennis, learned the family business from the ground up, each experiencing a variety of positions. In the 1970s, they took over the family business and under their guidance, Jakacki Bag & Barrel, Inc. grew tremendously. They realized that offering complementary services such as regrind or the grinding of old plastic drums, and tote cleaning would allow them to grow into one of the largest reconditioners in the country.

In the early 2000s, the third generation of Jakackis were introduced to the family business. Frank Jakacki and Debra Schuhler joined the family business. Just like their fathers, they have learned all aspects of the business. As Chief Operating Officer and Vice President, Frank Jakacki currently oversees all areas of daily services offerings while Debra Schuhler is responsible for the business side as Chief Financial Officer and President. Under their leadership, Jakacki Bag & Barrel has doubled its business in both services offered and areas served in addition to modernizing the reconditioning process.